How far should one go to try to save someone?

That seems to be a central question of Jamaica Inn, a novel by Daphne Du Maurier, one of my favorite authors.  The protagonist of the novel is Mary Yellan, who grew up on a farm working alongside her mother, trying to support themselves after Mary’s father died.  But then her mother became ill and lost the will to live.  On her deathbed, Mary’s mother said:

“I want you to promise me this, child, that when I’m gone you’ll write to your Aunt Patience and tell her that it was my last and dearest wish that you should go to her.”

Mary accordingly leaves her beloved hometown of Helston and travels to her aunt, whom she remembers as a laughing, beautiful woman.  Her aunt is married now to a man who is the landlord of Jamaica Inn, on the Cornish coast.  Mary travels there, along a white road with the wild, barren, desperate moor on either side.  She soon learns that everyone in the area shuns Jamaica Inn, avoiding it at all costs as strange stories circulate about dreadful, mysterious happenings there. 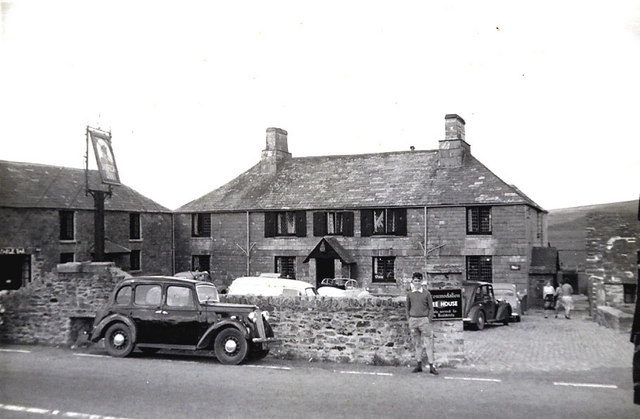 Upon arrival, Mary meets her Uncle Joss Merlyn: almost seven feet tall with thick black hair, powerful shoulders, with a sunken mouth and red blood-flecks in his eyes.  He is an abusive, violent drunk haunted by secrets.  Meanwhile Mary’s Aunt Patience is a mere shadow of the woman she once was.  Her hair is gray and a nervous tick passes across her mouth.  She lives in constant fear of her belligerent husband, obeying his commands and cowering before him—yet, quick to come to his defense.

Mary learns that the locals have reason to fear Jamaica Inn.  Though her aunt stays tight-lipped, she does admit:

“There’s things that happen at Jamaica, Mary, that I’ve never dared to breathe. Bad things. Evil things. I can’t never tell you; I can’t even admit them to myself.”

Her first night there, Mary realizes that if she is to escape she must do it then, before her uncle prevents her.  Yet, as Mary creeps down the hall, she hears her aunt’s muffled cries, stifled in her pillow from the other bedroom.  Mary determines she cannot—will not—leave her Aunt Patience alone with Joss Merlyn.  Mary will stand between them, protect her aunt, and somehow bring her to safety.

It is certainly a noble purpose.  Yet, as the novel continues and Mary becomes more and more mired in the evil happening under her roof, I began to seriously question Mary’s judgment.  By the sheer act of living at Jamaica Inn, Mary is considered complicit with the criminal activity occurring there.  Secret, ghostly wagons appear in the dead of night and, locked in her bedroom, Mary peeks out her window to see her uncle, along with a company of questionable men, fill the wagons with packages … Where did these smuggled packages come from?  Why is there a room kept perpetually locked on the first floor of the Inn?

One day, when Joss Merlyn is away on some untold business, Mr. Bassat—the local squire—arrives at Jamaica Inn to inspect it and to interrogate Mary and her aunt.  Before they answer the door, Aunt Patience turns to Mary:

The woman looked at her with haggard, desperate eyes. “Mary,” she said, “if Mr. Bassat asks you what you know, you won’t answer him, will you? I can trust you, can’t I? You’ll not tell him of the wagons? If any danger came to Joss I’d kill myself, Mary.”

There was no argument after that. Mary would lie herself into hell rather than let her aunt suffer.

Mary lies to him to appease her aunt.  As the novel progresses, one can see Mary becoming lost in what is happening at Jamaica Inn.  She even becomes an (unwilling) eye witness to her uncle’s bloody, horrifying business.

She also meets her uncle’s younger brother, Jem, who lives on the moor and is a horse-thief.  Jem bears some striking similarities to Joss, and, through his flirtations, Mary reflects that she can understand how her Aunt Patience once fell for Joss Merlyn.

Jem takes Mary to a nearby fair on Christmas Eve, where he cunningly sells a stolen pony back to its unsuspecting owner.  With the money, Jem buys Mary a new headscarf.  They share a kiss and, when the weather turns miserable and the rain begins to pour mercilessly upon them, Jem invites Mary to spend the night with him there in town.  Mary refuses, knowing if she relents in this, she will be lost in her affection for him.  In many ways, she already feels lost.

“I can’t make plans or think for myself; I go round and round in a trap, all because of a man I despise, who has nothing to do with my brain or my understanding. I don’t want to love like a woman or feel like a woman, Mr. Davey; there’s pain that way, and suffering, and misery that can last a lifetime. I didn’t bargain for this; I don’t want it.”

“She was a woman, and for no reason in heaven or earth she loved him. He had kissed her, and she was bound to him forever. She felt herself fallen and degraded, weakened in mind and body, who had been strong before; and her pride had gone with her independence.”

When Mary witnesses murder at the hands of her uncle, she realizes she now must act, regardless of what her Aunt Patience says.  Mary must bring justice to her uncle and she risks her life to do so.  Du Maurier brings the reader along on a horrifying, suspenseful journey with Mary, who acts with courage and daring, but who seeks help from a wolf in sheep’s clothing. 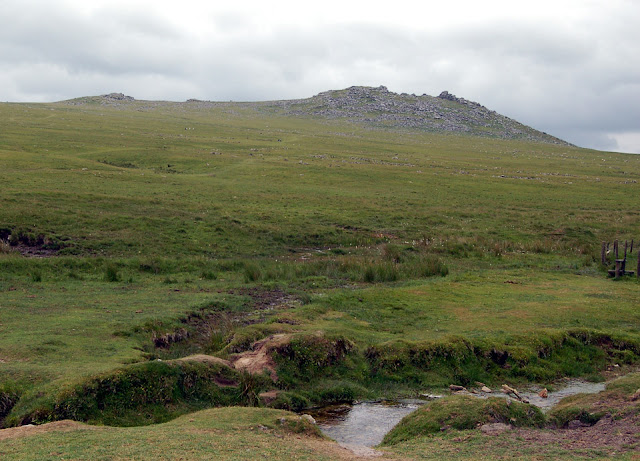 All along, Mary yearns to return to Helston—to neighbors who know her, to the care of farm animals, to working the land.  This has always been her desire, and at the end, she is ready to leave behind the desolate, savage moorland.  “To thine own self be true.”  Mary tells Jem:

… there’s a sickness in my heart for home and all the things I’ve lost.

In my opinion, perhaps the most chilling mystery of the novel is the one du Maurier leaves the reader with: Mary impetuously decides to stay with Jem, who travels north—not south to Helford—where he will wander about, sleeping on the side of the road, never setting down … a life with little comfort or stability.

Is this a romantic riding-off-in-the-sunset?  Or has Mary definitively lost her own dreams and desires in the haze of love for a man?  Is Mary following in the same steps as the aunt she once tried to save … and will Mary eventually share the same fate?  It was a chilling and unsettling conclusion, leaving the reader with numerous questions and haunting doubts.

Posted by Cassandra at 5:53 AM