Lessons from The Cypresses Believe in God

If people talk about how the United States is politically divisive today, we have something we can learn from Spain in the early 1930s.  Jose Maria Gironella’s The Cypresses Believe in God is the Spanish version of the Russian novel: a myriad of characters, interacting and interrelating in various ways, with a long, historical plot that weaves in and out of their contrasting lives.  The protagonist is Ignacio Alvear and the story generally follows his growth into adulthood and the life of his family, living in Gerona.  The novel covers the years immediately preceding the Spanish Civil War: 1931-1936.  The author notes in the beginning that Spain is a complex country and that “there are in this land thousands of possible ways of life.” 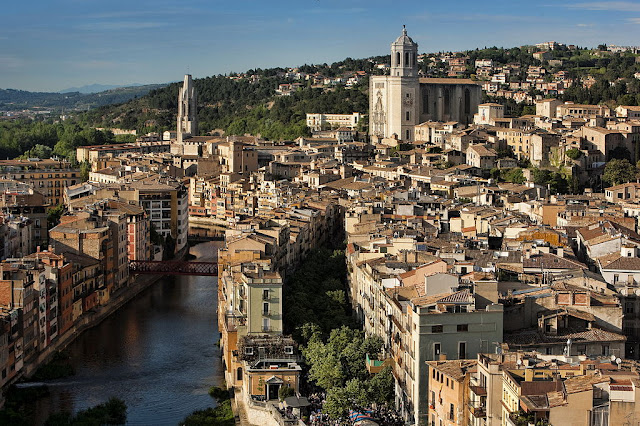 What were some of those possible ways of life?

There are anarchists, such as Ignacio’s cousin, who says, “You have to wipe out whatever stands in the way of the good of mankind.  So that tomorrow there will be a different kind of blood.”  Believing the individual perfect, the anarchists seek complete freedom.  “Jose went on to say that the means were unimportant in the achievement of freedom.  It was necessary to destroy all the fictions and limitations that society had created and imposed.”

There is also the Socialist Party.  Ignacio, though raised in a conservative Catholic family, has leanings toward this ideology, which become stronger as he takes classes from two teachers who are Socialists themselves.  David and Olga are a married couple, but they were never married in the Church.  They run a school called the Free School and put together a Manual of Pedagogy, their vision of education of children.  They advise not burdening children with something that would later cloud their judgment: no teaching, therefore, about evil, conscience, or religion until the child has reached at least ten years old.  While this education must wait, David and Olga encourage an early presentation about sexual education, using anatomical figures.

The Communist Party is an active force, led by a man named Cosme Vila, who claims that he is neither moved by love nor hate, but only by discipline.  Cosme Vila presents the Communist Party program: a six-hour work day, labor’s control of industry, and a profit-sharing plan.  Politically, all current authorities should be dismissed and new elections held where only those holding workers’ cards are eligible to vote.  He calls for co-operatives that would distribute food and oil to people, free of charge to members of the Communist Party.  Though he favors the complete eradication of the Catholic Church, Cosme Vila realizes the opposition to that and instead calls for a prohibition to priests wearing cassocks and the closure of all convents not engaged in charitable works.

Some people are Freemasons and work toward an atheistic, anti-Church, secular society.  “Man with a capital, was free, the Absolute did not exist, because it ran counter to the achievement of evolution … In Gerona everybody wants to be Free, with a capital.”

On the far right are the Falangists (the Spanish fascist party).  Their purpose is to convince workers that they are not proletarians, but men, and that the economic factor isn’t the sole consideration.  Once people have their material needs met, they can address their more important spiritual needs.  The Falange have five points they emphasize: individual, family, municipality, fatherland, and God.

Ignacio is exposed to these different political theories and, as the reader, we see them through his eyes as he weighs them and discerns where he stands.  He struggles with questions about the poor: why do some people have cars and others do not?  One day he visits the slums and observes garbage, dilapidated houses, famished dogs running amuck, eyes full of suffering, and children playing with balls made of rags.  In the summers, the affluent visit private beaches while the impoverished stay in the hot, dusty streets of Gerona.  Ignacio struggles with these inequalities, yet he also has a strong formation in the Catholic faith, which his mother particularly cultivates in him.

Ignacio’s division within himself is a microcosm of the greater society in Gerona, which splits into factions and becomes more separated.  Even people of the same social class, with similar needs and concerns, join different political parties.  Each political party has its own headquarters and newspaper with its own advertisers, so that even commercially, people avoid buying from a company that supports the opposing political party.

“To live each day in accordance with one’s ideas: this was the iron rule.  Nothing in this world would have persuaded a member of the UGT to put one peseta over the counter of a Radical.”

In this confusion of various ideas and contrasting political theories, one of the main problems that arises is having the ability to understand the other person’s point of view.  Can we really see each other?  Ignacio comes to realize that behind the ideology, there is a person, an individual whose past forms his or her present.  While working at a bank, Ignacio observes that his fellow workers appear radically violent (someone, for example, mentions blowing up the bank on account of the unjust working conditions).  Yet, taken individually, each worker has his own personality: there is more to the story than just an ideology.  Ignacio even spies some of his co-workers at Mass on Christmas, though they had claimed to be atheists.

Ignacio was realizing that people are full of surprises.

Cosme Vila, the head of the Communist Party, had a father who hung himself because he couldn’t provide for his family.  El Responsable, the leader of the anarchists, has a wife in the insane asylum and visits her weekly.  At one point, Ignacio attends a meeting of the anarchists, where they discuss destroying the conservative printing press.  Ignacio opposes the idea, but during the conversation, he learns something about one of the anarchists: he suffered a terrible childhood. His parents abandoned him and he survived only by stealing chickens.

Ignacio reached his home reflecting that there was bound to be a big difference in feelings about wrecking a printing press between a man who as a child had stolen chickens and one whose mother timed the boiling of eggs by the Creed.

Understanding someone’s background gives important insight, as well as sympathy.  It doesn’t make wrongdoing right, but it does open the door (and heart) to seeing another’s humanity.  There are many instances in The Cypresses Believe in God where characters look past political allegiances to see a person in need.  When Ignacio’s teachers, David and Olga, are jailed, Ignacio’s mother (who vehemently disapproves of their teaching and political leaning) prepares a daily food basket for them.  Ignacio’s brother also asks her to prepare a basket for a communist who worked in the same art shop as he.  Then, at the end of the novel, David and Olga similarly extend a hand to help someone who, politically, should be their sworn enemy.  The chief of police, Julio, experiences this break-through of humanity while in the midst of interrogating Mateo, the leader of the Falange in Gerona.  Mateo is the son of a friend of Julio’s, as well as the boyfriend of Pilar, a young girl Julio has watched grow up.

Then suddenly he felt an unexpected emotion opening a breach in him.  He thought of Pilar.  He thought that Pilar loved the boy sitting before him.  And he thought, too, of Don Emilio Santos, with whom he had played so many games of domino at the Neutral.  The fact that those two persons, Pilar and Don Emilio, should be devoted body and soul to the Falangist suddenly touched Julio deeply.  He upbraided himself for having yielded to the temptation to use the light-reflector on the boy.

Conversely, the greatest danger is when people aren’t able to “see” each other.  Some characters find themselves acting in a way they never expected, spurned on by their political zeal.  On Election Day, Olga observes a group of nuns coming to vote.  They had hired a taxi so that the infirmed nuns could cast their votes as well.  Olga, infuriated, shouts out at them, “Pigs!”  She immediately wonders at her loss of control.  Cosme Vila prints an article in El Democrata, falsely accusing Brother Alfredo, a sexton at the school of Christian Brothers, of being a homosexual.  An angry communist and anarchist mob later attacks the school and kills Brother Alfredo.  The violence is not one-sided.  At one point, a group of Falangists violently attacks a German professor who criticized Spanish culture and temperament.

“The capacity for hate that exists is terrible,” Ignacio went on.  “I am really ashamed.  There are thousands of Spaniards capable of any atrocity.”

The worst example of all arrives at the end of the novel.  After a failed military coup on the Right, the anarchists and Communists seize control and drive about Gerona in cars armed with guns.  During the night they seize people who had supported the military uprising, and, taking them into the cemetery, shoot them.  One of the main reasons they work by night is so that they can’t see the person they kill.  The darkness takes away that person’s humanity.

Most of the militiamen were amazed to see how easy it was to kill a man or five men.  One had only to think the word ‘fascists,’ take aim at the heart or the head and fire--and that was all there was to it.  Besides, in spite of the stars, the night hid many things in the cemetery.  One could not see the eyes of the condemned person; that was the most important.

The Cypresses Believe in God is a very political novel that follows historical events in Spain.  Yet, it is also a narrative that focuses on the Alvear family.  I think Gironella purposely approached his work in this way, in order to illustrate the fundamental role of family in society and the political sphere.  Family is the basic building block of any society.  When the family is broken, so, too, is society.  Ignacio observes a direct parallel: the fewer the family ties, the stronger the violence; the greater family ties, the more moderation.  Within his own life, when Ignacio drifts from his family (the spiritual bedrock of his life), he falls into rash action and sin.

It seems we observe this in our country now.  Indeed, there were many times in reading The Cypresses Believe in God that the historical events of Spain in the early 1930s felt reminiscent of the United States today (from censorship to election fraud to violence).  The noble struggle is to see the humanity in each other—especially in our enemies—and to keep working to protect and defend the family.  It may be the only way we will keep our own country from spiraling into a civil war.

Don’t ever forget my advice!  In the last analysis, love is always stronger than hate.  Make sure you are moved by love, not by the contrary.