Fourteen wide-eyed six year olds watched me intently as I stood in the front of the classroom one Sunday morning. “Now, can someone raise his or her hand and tell me what happened on Good Friday?” I inquired. One hand shot into the air and then came the prompt response, “Jesus died on the cross!”

I nodded, smiling. This lesson was going just perfectly! Ben, meanwhile, sat with a puzzled look on his face. As I began the transition to the next activity, undaunted, he called out above my directions, “Why? Why did Jesus die?”

Thirteen other faces turned toward me expectantly, awaiting my answer. I looked at the crucifix hanging on the wall as my mind flooded with possible explanations. Jesus died because…well, there were historical reasons…but of course there was more to the story…was it primarily to forgive our sins and to open the gates to heaven to us? What about evil? Furthermore, perhaps even more confounding, why the cross? Could not the One who is omnipotent accomplish that same objective by some other means instead of this bloody, horrific form of the death penalty?

I'm no longer a catechist in a Faith Formation program, but now I'm a mom and my daughter asks me the same question. Why the cross? I tell her that Jesus wanted to show us how very much He loves us--to the point that He died for us. I explain how Adam and Eve brought sin into the world and people have sinned since then. Someone needed to fix all the sin in the world and only God could do that...so God came down to earth.

I hope that is satisfactory for my five-year-old. But in my heart, as I look at a crucifix--this astounding sign of unconditional love--I ponder the question of these children: why?

What is the best way to understand Christ's sacrifice for us on the cross? 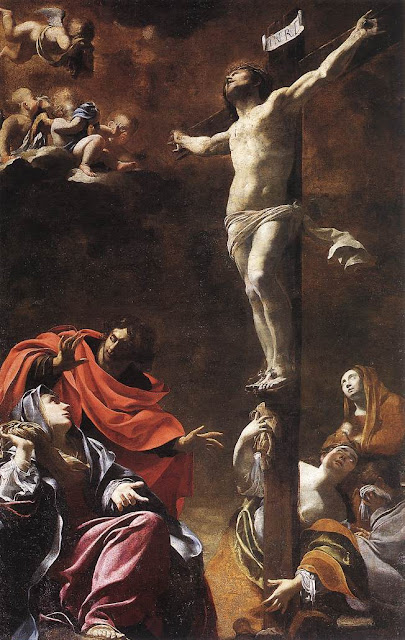 Christ's crucifixion is perplexing, even among the world's literature and religious beliefs. We've become accustomed to the crucifixion because it is so much a part of our lives of Faith, but just reflect how astounding it is. What other religion has a creator God who assumes the weight of creation’s transgressions, a deity dying to give life to His creation?[1] What would we think if we saw someone wearing a small image of an electric chair around his or her neck?

The crucifixion is singular to Christians. It is also our ultimate symbol. Displayed in classrooms, on our jewelry, stationed high atop churches etched against the sky, the cross is undisputedly critical to the followers of Jesus Christ.

However, its pervasiveness does little to clarify its perplexity. Theologians have grappled with understanding the cross throughout the centuries. In their discussions and then continuing throughout Church history, the cross has come to symbolize many different things: a divine necessity to defeat evil, a triumph over Satan, a symbol of identity for Christian believers, a manifestation of God’s agape love, a representation of the renewed covenant between God and the community, a means to heal and raise the dead, the sacrifice enabling forgiveness of sins, and a sign of Jesus’ total obedience to the Father.[2]

Theologians' explanations for understanding the cross are called "Atonement theories." Atonement is the reconciliation of God with man through Christ. How, exactly, did Christ's death on the cross reconcile us to God?

An incarnational atonement theory explains that human nature is redeemed, purified, and restored through Christ becoming man.   When the Eternal Word became man, He deified all men.  St. Athanasius says, "He was made man that we might be made gods."

A second stance asserted by St. Anselm is called the "satisfaction theory."  This focuses on the cross as sacrifice, asserting that Jesus, being both man and God, offered Himself to the Father for the sake of humankind.

Third, some see the Passion as a total act of love as God assumes all the pain of the world.  Abelard asserts that Christ died simply and completely out of love for us.  It is the supreme act that turns man from sin: what else could be more compelling than Christ's laying down His life for us poor sinners?

Finally is the ransom perspective, also known as the classical view. Humankind, in freely choosing to sin, had fallen under the reign of Satan. God, being the only one capable of freeing humans from this prison of sin and death, came into the world as man to break these chains the devil wrapped around His children, securing forgiveness of sins and restoring His relationship with all of creation.[3]
No one theory can completely explain the cross.  It is, ultimately, a mystery.  All the theories offer a valid and necessary understanding into what occurred on Good Friday.  Any one theory, taken in isolation from the others, has the danger of becoming exaggerated and overemphasized, thus misrepresenting the cross.

In this series of blog posts, I hope to explain the classical view of the Atonement as well as St. Anselm's satisfaction theory.

The classical view, as one would propose, was developed first.  It is supported by both Scripture and the early Church Fathers.  Gustaf Aulén in his book Christus Victor describes the classical view as Christ’s triumphant victory over Satan. From this perspective, the cross becomes a testament of God’s agape love, a love that casts a shining, victorious light over the darkness the devil had thrust over humanity.

Foundational to the classical view is the relationship between God, Satan, and humankind. Thus, in order to grasp the classical understanding of the Atonement, it is foremost necessary to establish two foundational concepts. The first comprises who and what Satan is in light of Scripture and Church teaching. Secondly, what is Satan’s relationship with humankind?