Lessons from White as Silence, Red as Song

In White as Silence, Red as Song by Alessandro D’Avenia, Leo sees his world in color. Every emotion is a color in the mind of this sixteen year old boy. Red is passion and life. Red is the color of Beatrice’s hair, the girl in his grade with whom he’s desperately in love—though he hasn’t summoned the courage to speak with her just yet. Blue is the sea, the calming eyes of Silvia: his best friend and confidant. But worst of all is white: nothingness, silence, solitude. 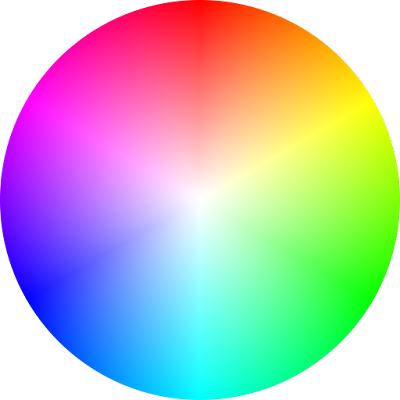 As the book begins, Leo seems like a normal teenage guy. He blasts his music, dares his soccer buddy, and races his scooter. His life is busy, fast, and noisy. Then a substitute teacher comes in—a “loser to nth degree,” according to Leo. Leo nicknames the substitute “the Dreamer,” for indeed, that is what the mentor challenges the young people to do:

“Only when people have faith in what is beyond their reach—a dream—does humanity take steps forward that help it to believe in itself.”

Leo already has his dream: Beatrice. Dreams are red because they are “the blood of life.”

… you know that those things pass. But love doesn’t. Your red star always shines. Beatrice is there, love is in your heart, and it is amazing. It makes you dream, and nobody can take the dream from you because it is somewhere nobody can reach. I don’t know how to describe it: I hope it never goes away.

But Leo’s dream crumbles to pieces when Beatrice doesn’t show up for school for a few days and Leo learns the terrible news that Beatrice has leukemia. Leo’s life suddenly crashes, both literally and figuratively. Racing through life unaware of what the events around him really mean, Leo needs to put on the brakes … but his scooter’s brakes are broken so he crashes and lands in the hospital, immobile with his arm in a cast.

As Beatrice’s health declines, Leo sees his dream evaporating before his eyes. He struggles to understand Beatrice’s suffering and how God can allow it. But dreams almost always involve obstacles and often manifest and develop in ways we don’t expect at first.

White as Silence, Red as Song is a departure from my usual book of choice and at first, it took some adjusting for me to be in the mind of a high school boy. The short chapters are a running train of thought from Leo, varying from the sometimes menial (and humorous) details like taking Terminator—his oversized dachshund with an incontinent bladder—out for a walk to much deeper, philosophical reflections.

I’ve never been a high school boy, so I can’t verify if this is indeed true, but I did question some aspects of the plot. Do teenage boys really fall in love with someone with whom they’ve had no previous communication? Are they also so unperceptive that they can’t read the obvious clues that their female bestie harbors romantic feelings for them?

Other parts of the plot felt dead-on accurate. Leo’s first recourse when he has a question is to look it up on Wikipedia. (I can empathize, as I’m prone to do this myself!) His insecurity as an adolescent rings so true as well: “I feel so ugly I just want to hide in my room, never looking at myself in the mirror. White.” Yet, at other points, Leo feels like a lion, ready to take on anything. Such are the dramatic highs and lows of the teenage years.

My favorite aspect of the book is the symbolism of the colors, particularly when they take on a theological tone. Leo despises white, a sentiment that becomes stronger when he learns that white blood cells are killing Beatrice. So he donates his blood to help her. The priest who teaches at his school then explains that blood cures people, just as Christ cured people from sin by shedding His blood on the cross. The crucifix is “a letter written to mankind, signed with the blood of God, who saves us all with that blood.” What a powerful and moving imagery, juxtaposing the healing nature of Leo’s donated blood—freely given out of love—and the blood of Christ shed for us on the cross. 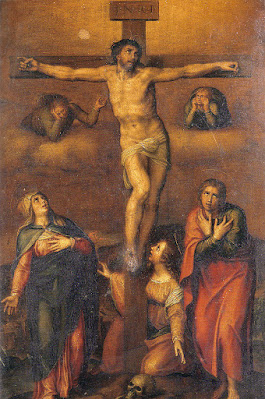 I also reflected while reading this book about the importance of a good education in the life of a teen. Leo attends a classical high school, which he complains about due to the rigorous nature of his classes and needing to learn Latin and ancient Greek. Regarding his school, Leo writes that it “breaks your balls from dawn till dusk.”

Yet, it’s through ancient Greek he learns the words leukos (white) and aima (blood), thus forming the word leukemia. Piercing through the noise of video games and rock music is the elevating influence of the books and history Leo learns at school: Dante’s The New Life and the siege of Rome, for example. You can see these ideas and thoughts infiltrating his own thoughts: Leo makes connections between his life experiences and what he is learning in school.

As Leo struggles trying to understand what is happening to Beatrice, the staff at his school provides counsel and wisdom. The Dreamer, who began as a “loser” substitute teacher, becomes someone Leo can confide in and become vulnerable with, crying about his broken dream and heartache for Beatrice. Meanwhile, the priest at the school challenges Leo to rethink his perception. In a powerful exchange, Leo asks the priest how someone can love God when no one can even touch Him. The priest replies that we touch Christ’s body in the Eucharist, to which Leo counters that the Eucharist is just symbolic. “You think I’ve put my life at stake for a symbol?” the priest counters.

The people at this classical school become critical presences in Leo’s life, discipling him alongside his parents in helping him understand, process, and influence his world for good. They form his mind and prompt him to question some of his assumptions. I had to wonder to myself: what if Leo didn’t attend this school? What if he didn’t have the presence of the Dreamer or the priest in his life? What if he attended a school that taught the Common Core? Would his character arc have differed?

One of the biggest factors for parents when looking to buy a home is the available schools nearby … and for good reason. A child’s education is one of the strongest influences in his or her life. Our family relocated for the purposes of schooling: we wanted our children to attend a classical school. The more I understand classical education, the more I esteem and appreciate it. A Christian classical education seeks to form disciples, to imbue wisdom, to treasure what is true, good, and beautiful. It is not just about passing certain standards in order to get into a prestigious college, though classical education does hold the students to a high level of excellence; that excellence, however, is for God.

I wish all teenagers were as blessed as Leo to find themselves surrounded by such holy, enriching mentors, of past and present. In a world of so much noise, we all need guidance and support to remain still in the silence of white: white space that we can fill with dreams that run red as blood.

Posted by Cassandra at 1:12 PM