A family had just moved into a new rental home when they noticed some strange things. They heard odd noises in the night. Inexplicable shadows appeared on the wall, but there was no light to cast them. The family became so disturbed that finally, one night, the father got everyone in the car and started to drive away. They were only in the driveway when the father suddenly got a call on his cell phone. It was from the house number though no one was in the house. He picked it up and heard, “Come back here.”

This sounds like something from a movie, but instead I heard this story (based on a real event) in a homily given by a Catholic priest on the first Sunday of Lent.

We have begun our 40 days of Lent. We will face temptation during this time: to abandon our good resolutions, to compromise, or to feel discouraged if we stumble. Sometimes we yield to temptation out of laziness, love of pleasure, or comfort-seeking. But sometimes temptation comes from a source outside of ourselves. 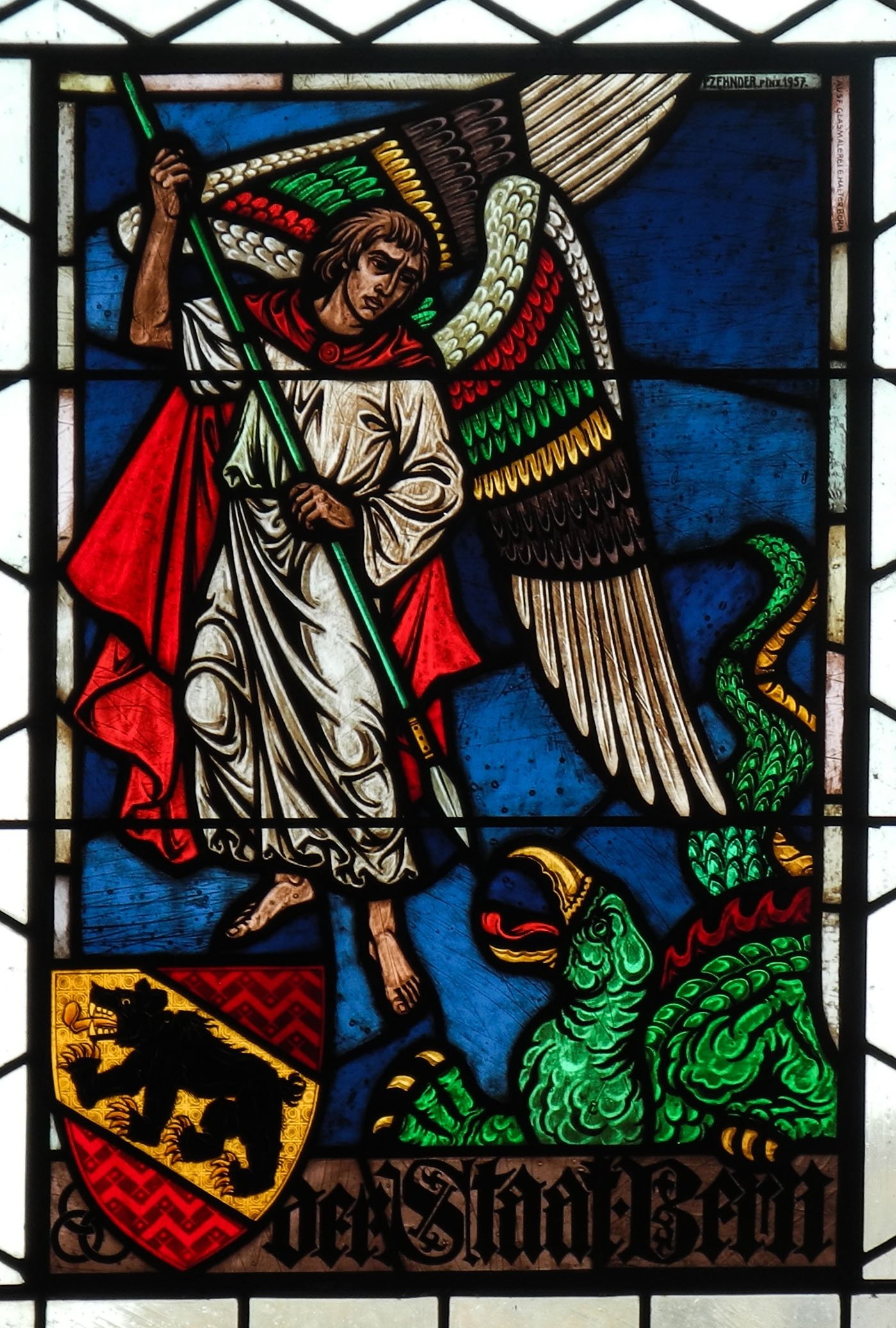 We are all engaged in a battle.

We’re in spiritual combat right now and there is an Enemy. One of the most important strategies of warfare is to know your opponent. How well do you know yours? I don’t mean to scare you, but the Enemy certainly knows you.

He goes by many names: Satan, the devil, the serpent, the dragon, the accuser, the evil one, Lucifer. But who is he? The devil is a fallen angel. Lucifer (meaning “light bearer”) was the highest of all the angels that God created. However, he abused his freedom, choosing to disobey God. His “Non serviam!” (“I will not serve!”) was the ultimate act of pride. Milton in his Paradise Lost has Satan sneer, “Better to reign in Hell than serve in Heaven.”

As a fallen angel, the devil has no natural body: he is pure intellect. Unlike our minds, which are always acquiring new information, angels know fully and completely. This is why the devil’s disobedience was a permanent choice with no possibility for repentance.

The devil now roams about the earth, “looking for someone to devour” (1 Peter 5:8). He actively works to lead souls away from God. You’ve probably heard the saying that “the devil made me do it.” It’s a misleading notion, though. God has gifted us with free will and we’re responsible for our own decisions. The key, however, is that—when we are making those decisions—the devil is actively persuading us to choose the lesser good … in other words, to choose evil.

What can we do to protect ourselves from this Enemy? Here are six suggestions.

Don’t make the devil bigger than he is.

Sometimes we look at the world around us, with its warfare, terrorism, discord, and violence and feel like the devil has won. Don’t be discouraged or lose hope—that is what the devil wants us to do! He is the “father of lies” (John 8:44). Despite how difficult things may be, the truth is that Christ defeated the devil! Satan is the loser and, through the grace of God, we are on the winning side. “Indeed the Son of God was revealed to destroy the works of the devil” (1 John 3:8).

Satan is not an obscure ideology or psychological condition, but a true, active, and powerful reality. As Pope Francis teaches about the devil, “He is evil, he’s not like mist. He’s not a diffuse thing, he is a person. I’m convinced that one must never converse with Satan—if you do that, you’ll be lost.” Pray the St. Michael prayer daily in your battle against evil.

Christ’s temptation in the desert shows us two things. First, Satan knows his Bible. He quotes Scripture and twists it, taking something good and trying to bring it to an evil end. Second, how does Christ combat the devil’s temptations? He quotes Scripture back to him! Scripture is a weapon in our arsenal against the Enemy. As Hebrews 4:12 says, “Indeed, the word of God is living and effective, sharper than any two-edged sword.”

Stay close to our Blessed Mother.

Mary is the Second Eve who, through her humility, crushed the proud head of the serpent. Satan fears Mary. Father Gabriele Amorth, the former chief exorcist of Rome, described an exchange he had with the devil, who said of Mary, “She makes me angry because she is the humblest of all creatures, and because I am the proudest; because she is the purest of all creatures, and I am not; because, of all creatures, she is the most obedient to God, and I am a rebel!” Our Mother—the most perfect of all mothers—will protect us, her children. Pope Francis reassures us, “Where the Madonna is at home, the devil does not enter; where there is the Mother, disturbance does not prevail, fear does not win.” Pray the rosary daily and make a Total Consecration to our Blessed Mother.

Don’t open your soul up to evil spirits. A ouija board, fortune telling, or seances might seem innocuous, but they’re actually a way for the devil to gain access to your soul. Playing a ouija board, by the way, is how the real-life possession behind The Exorcist film started. Possession, though rare, does indeed happen.

Have recourse to the sacraments (especially Holy Eucharist and Confession).

They will give us the supernatural grace to resist the devil’s temptations! 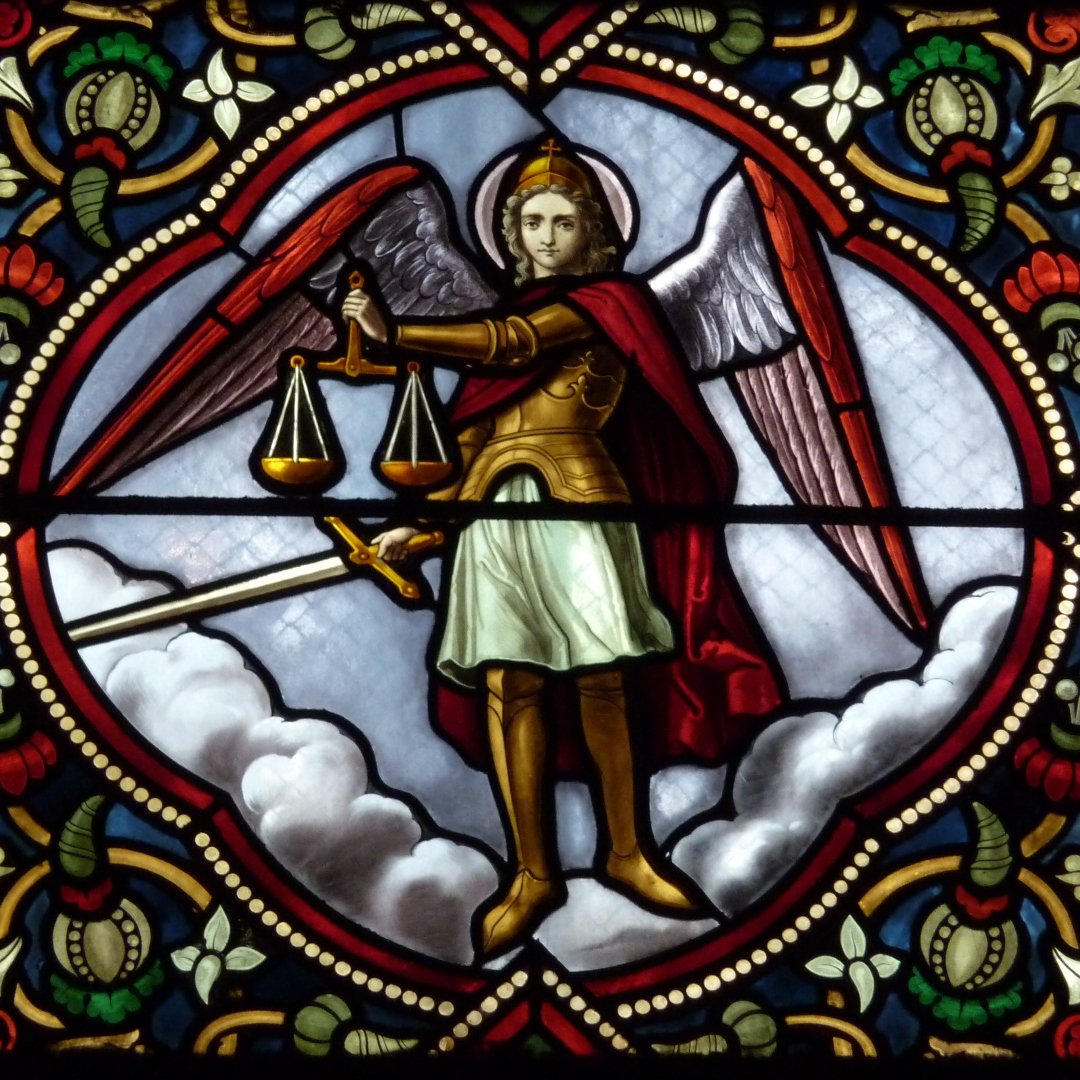 When Lent is over and Easter Sunday has arrived, we will once again renew our Baptismal promises, which begin with rejecting Satan, his works, and his empty promises. We need to know our enemy, but we need not fear. As St. Teresa of Avila reminds us in her Autobiography:

If this Lord is powerful, as I see that He is, and if the devils are His slaves, … what evil can they do to me since I am a servant of this Lord and King? Why shouldn’t I have the fortitude to engage in combat with all of hell?