The Christian Option: Dreher’s Opaque Vision for America and Beyond

I would like to welcome my husband, Chris, who is guest blogging today.  I hope you enjoy his writing and insights as much as I do!

“The church, then, is both Ark and Wellspring--and Christians must live in both realities….You cannot live the Benedict Option without seeing both visions simultaneously.”


The Benedict Option, Rod Dreher’s best-selling, much-debated work, is a book of paradoxes. In fact, it says much without really saying anything at all. Dreher is a journalist, not an academic, and makes his points by weaving together anecdotes and quotations from people he has interviewed and writers he admires. The author thus sketches for the reader an outline of what he means by The Benedict Option without ever really coming out and saying it directly. By the end of the book, one cannot really be sure what The Benedict Option even is or how it might differ from just living a faithful, Christian life.


However, as in any great paradox, there is present much light as well as shadow. Dreher has presented the reader with much wisdom in an age which often lacks it. Employing the motif of the Benedictine monk, the author exhorts the reader to recover traditional Christian practices and ways of thinking. In fact, one blogger lists 43 propositions from The Benedict Option, most of which should not be controversial for the faithful Christian. “Recover fasting,” “Immerse students in Scripture,” and “Maintain the importance of a Christian sexual ethic” are some of the tenets of according to this summary of the BenOp (as Dreher abbreviates it on his blog).


What then is the chief aspect of the Benedict Option that draws such controversy and attention? It’s not a reminder about fasting or even sexual ethics. It’s the “head for the hills” thinking that some readers of The Benedict Option take away for the work. In other words, most people who hear about the BenOp or read the book themselves seem to come away with the impression that the Benedict Option’s main message is that the Church should turn inward, undertake a “strategic retreat” in order to preserve Christianity for future generations, much like the first Benedictines did during the fall of the Roman Empire and Western Civilization during the fifth century.


Of course the secular audience who read or reviewed the book loved this. After all, if you’re convinced that Christianity is dangerous to the project of a flourishing civil society—or at least irrelevant to it—the idea of a prominent work of Christian thinking recommending that Christians retreat from all levels of society is very attractive. In his chapter on work, for example, Dreher states that some professions (like medicine and law) may one day soon become too hostile for a Christian in good conscience to participate in them. He even goes so far to say that it might be best for some white-collar Christians to abandon their intellectual labor and instead work in factories in rural parts of the U.S. in order to avoid the society we live in which is becoming precipitously hostile to Christianity. Were people of faith and good character to flee from medicine and law (and the other professions), how impoverished would our society become and how much worse would be the culture and practice of these lines of work?


The idea seems to be that we are experiencing “The Great Flood” again (as the first chapter is entitled) and, like Noah and his family, we as orthodox Christians are being called by God to build a figurative ark by banding together, retreating from mainstream society, and surviving the Flood together so that a new, Christian society can rise up upon the earth once the flood waters recede. 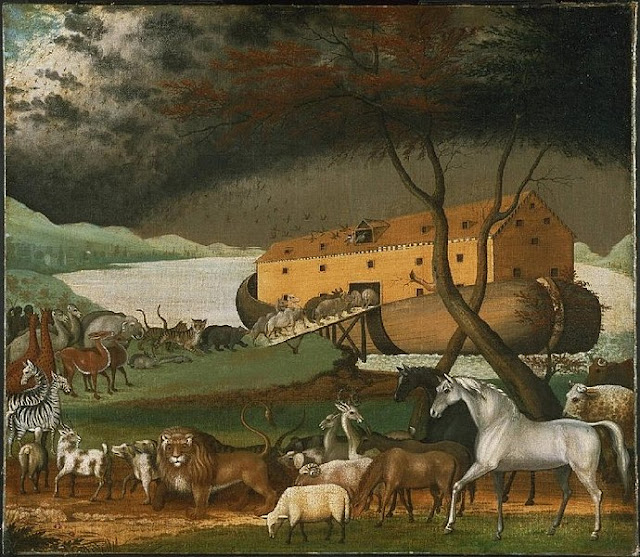 
So it seems that the Benedict Option is meant exclusively for Christians, not all peoples. It splits the world into Christians and non-Christians and focuses on those who are already, as he often calls them, “orthodox with a small ‘o’.” The Benedict Option is thus for the true believers, for the “insiders,” for those who belong in the ark and not for the mass of men seemingly destined for perdition. However, is this really what Christianity is about? Is the faith a country club that you either belong to or you don’t, and whose members should seek their own salvation to the exclusion of concern for the salvation of others?


Again, the seemingly slippery Benedict Option seems to say this and not say it at the same time. Two prominent examples of Benedict Option communities are the Catholic families in Hyattsville, Maryland, centered around St. Jerome’s Church, whose ordinary parish school is now a nationally-recognized classical academy, and the Tipi Loschi (Italian for the “Usual Suspects”) a loosely organized group of Catholic families living in Italy who are inspired by Blessed Pier Giorgio Frassati’s small network of friends who attempted to live “in the world, but not of it.”


What is ironic is that both of these groups are growing rapidly, adding to their numbers by being open to the world around them and attracting others to join their project of what Dreher calls “intentional living.” These communities are both the “Ark and the Wellspring” the images with which the author closes his work, harkening back to the vessel of Noah’s safety in the storm and also the holy waters which overflow from the Temple to reach the very ends of the earth according to Ezekiel's vision. For Dreher, the Church must be both an Ark and a Wellspring, a refuge in the storm and a saving message meant to reach all peoples.


Perhaps the Benedict Option is really just plain Christianity, a new name for living a Christian life. If that is the case, then all men should have the option to choose to live it and no other option is greater. The Benedict Option is really the “Christian Option,” one that God, in his great goodness, grants to all of us if only we, in our freedom, accept it.
Posted by Cassandra at 7:25 PM