Lately, Mary's curiosity has dominated just about every family conversation or activity.  Only a few sentences will go by before Chris and I hear interjected, "What are you talking about?"  Should we begin laughing, Mary chimes in, "What's so funny?"

While it tends to create rather long conversations around the dinner table, I am pleased to see her inquisitive mind at work.  And frankly, I don't blame her one bit for wanting to be part of the joke or discussion.

However, there are times when her questions take me completely off-guard.  Take today, for example. 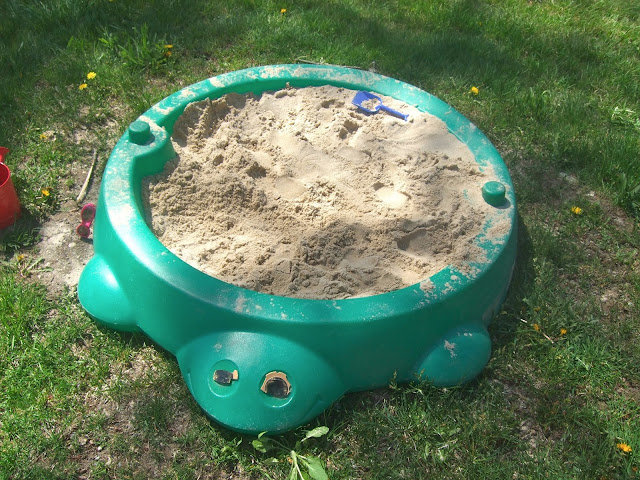 Mary and I went to a local nursing home to visit a priest friend whose life is nearing an end.  Before we went to visit him upstairs, we first went to attend the daily Mass held in the nursing home's chapel.

I had a funny feeling it wasn't a regular Mass when, as we crossed the parking lot to enter the nursing home, I spotted a hearse parked outside.  My suspicions were confirmed as we passed the coffin making its way into the chapel.

My first thought was that I hoped it wouldn't be an especially long funeral Mass.  Mary is extremely well-behaved in church, but I didn't want to push her limits.

But then I reminded myself what a blessing it was, in actuality, to be attending this Mass.  After all, it is a corporal work of mercy to bury the dead.  And I always find it spiritually sobering to reflect on the Last Things (death, judgment, heaven, & hell).

Funerals have an especially powerful way of reminding you that death is inevitable...but our eternal fate is not and how we love or fail to love in this life will be the criteria for our judgment before the Lord in the next life.

Naturally, Mary was particularly curious as the coffin was brought up the aisle.  Since the chapel was especially full, we had claimed one of the few remaining seats, which happened to be immediately adjacent to the aisle.  So, in other words, the coffin was basically next to us for the course of the Mass.

"What's in there?" Mary whispered, pointing to the coffin.

Oh, boy.  I was absolutely not ready for this discussion.  It would have been helpful to have done some reading for such a conversation. Maybe leaf through a nice, solid book on the topic of "Talking About Death with Your Toddler."

But alas there was no preparing.  Well, in a way.  I suppose the best preparation for such a conversation is to have a good understanding of death and eternal life oneself.  And, thanks be to God, through my faith, I have been given that gift.

Here's, more or less, how our conversation went:

Pause.  I listen to the first reading.  Mary ponders.

Me: "We can't see him.  He's not here anymore.  We're praying at Mass that he is with Jesus in heaven."

I begin wondering if I need to explain this a bit further.

Me: "Remember how Jesus died on the Cross?"  <Mary nods>  "After Jesus died, they buried him in the tomb.  But then Jesus didn't stay dead.  He was alive again, on Easter.  Remember how wonderful that is?  And then, after that, Jesus went into heaven.  This man died, too, like Jesus and now we're praying that he is with Jesus in heaven."

Mary: "The man come out of there?" (gesturing to the coffin)

Me: "No, the man isn't here anymore.  He might have been very old or very sick, and that's why he died.  It was time for him to go see Jesus.  It's so good that we can be here to pray for him." 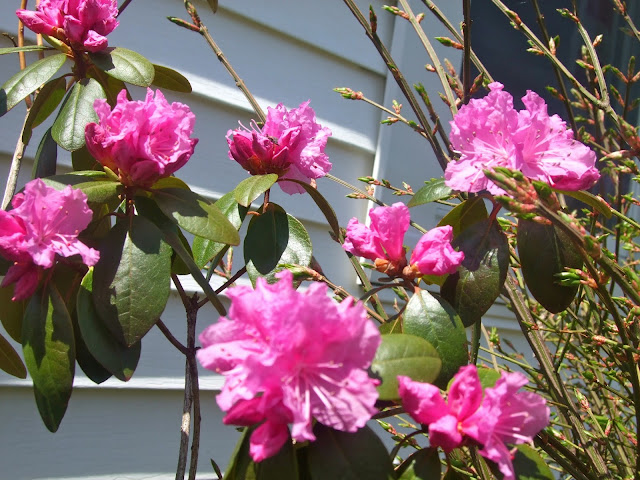 And then there were repetitions and variations on the above dialogue.  Mary was very quiet (aside from the whispered questions) for the whole Mass, except at the end when the family of the deceased man stood up and gathered around the coffin while the priest incensed it.  Then Mary continued exclaiming, "I want to see!  I want to see!" until I finally stood up with the family (hoping they didn't mind that two total strangers were with them).

Then tonight, as I tucked Mary into bed, she asked me once again about "that man."  So I reiterated how wonderful it was we could pray for him and how much I hope he is in heaven.

"Maybe one day, if we love people very much and love Jesus & try to be very good, we can be in heaven, too.  Wouldn't it be wonderful to see Jesus?  And to see Mother Mary and all the saints and all the angels, too?"

My heart swelled: what a joy, what a privilege to help her long for her eternal homeland, to help her envision her whole purpose and goal for this life...to prepare for that true life in heaven with God.

It was the first somewhat deep theological conversation I've had with our daughter and it really struck me.

One of my first thoughts was: how in the world do parents even approach the topic of death, without faith?

I said I wasn't fully prepared for Mary's questions, but in a way, I absolutely was.  I have heard the answers to her questions over and over and over again in the Church's liturgy, in the Word of God, in my experience of the sacraments.  From death to life.  Life is changed, not ended.  Eye has not seen what God has prepared for those who love Him.

But without that faith...without that hope...without those answers, what do you say to your child?  It makes me so much more cherish the faith we have been given.

The gift of faith made death so much more understandable, too.  In trying to explain what happened to the man in the coffin, I could make the comparison to Our Lord.  I helped Mary remember Jesus on the cross and His death--and His subsequent Resurrection and Ascension.  As Jesus did, so has this man.

I thought maybe it was too young for Mary to be attending a funeral Mass.  But then I reasoned that she has been seeing death ever since she was an infant, every time she looked upon a crucifix.  Every crucifix seems to cry out to us, to remind us that here is Our Lord, who has loved us to the very point of death.

I didn't realize it, but death isn't a foreign concept for Mary.  She knows Jesus died.  And she also knows that's not the end of the story.

The other thought from this whole exchange with Mary was the point of honesty.  There was a split second after Mary asked me what was in the coffin when I considered telling her something other than the truth.  I'm not sure what I would have said...maybe evaded the question...but ultimately I decided the truth was best.

Telling the truth regarding death is the realization that, while we hope the man who died is in heaven, we don't know for sure.  It's not our job to canonize someone and it's certainly in the deceased individual's best interest that we don't do so and, instead, pray for his or her salvation & for God's mercy.  So I tried to be very careful in my explanations to say that we hope and pray that the man is in heaven--and not just reassure Mary that he is indeed there, when his eternal fate is actually unknown to us.

Maybe I could have explained things a little better or maybe I left something important out of my response.  But I hope that the Holy Spirit helped me say what was needed at the time.  In either case, I'm sure there will be many other opportunities to answer Mary's questions on this topic--maybe even as early as tomorrow morning!
Posted by Cassandra at 2:41 PM