Lessons from The Fellowship

"It is very necessary to reconfirm in our own time the existence of the Devil which has been put in doubt by a culture of humanism, rationalism and materialism.  The Church has never had a doubt that the Devil exists.  Our language may be more discreet today, but the idea remains the same."
~ Fr. Gabriele Amorth, Chief Exorcist of Rome

Author JRR Tolkien was very clear that his Lord of the Rings trilogy was not meant to be an allegory.

That being said, Tolkien was a devout Catholic and it is clear to see that his formation in the Faith shaped and influenced what he wrote. 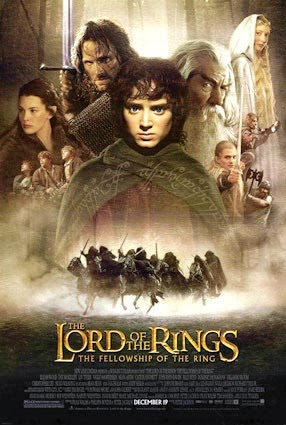 Frodo Baggins and the Fellowship formed around him face a quest against a very specific, very powerful enemy.

His name is Sauron, but he is often referred to as the Dark Lord, the Shadow, the Enemy.  And from Tolkien's narrative about Middle Earth, we can come to understand a great deal about our own battle here on our earth.

We, too, like Frodo and his company face an Enemy.  The parallels between our Enemy and the Enemy in the Fellowship of the Ring are many.

"Then all listened while Elrond in his clear voice spoke of Sauron and the Rings of Power, and their forging...he told of the Elven-smiths of Eregion and their friendship with Moria, and their eagerness for knowledge, by which Sauron ensnared them.  For in that time he was not yet evil to behold..."

Sauron was not originally evil, nor was Satan.

The Fourth Lateran Council explains that, "The devil and the other demons were indeed created good, but they became evil by their own doing."

God, being All Good, can only create that which is good.  St. Hildegard, in one of her visions, describes how a large group of angels became conceited and pompous by their glory and thus attempted to assert their own authority.  Infatuated with their grandeur, they disregarded God and rather desired to be superior to the Almighty.  Recognizing this ambition as futile, they turned to their only other recourse: to reject God.

St. Hildegard writes of Satan, "On this account they plunged downward into darkness, reduced to such a state of impotence...For God adorned the first of all the angels, Lucifer, with so much of the beauty granted to all creation that the whole heavenly host of angels was illuminated by Lucifer.  But now that he has turned toward contradiction, Lucifer has become uglier than ugliness itself."

In his discussion of evil, Augustine points to the Book of Genesis and the creation of the world when God divided light from darkness.  Augustine does not interpret this as the creation of night and day, but instead the separation of good and evil angels after Satan sinned.  Augustine explains that when God first created light, He created the angels (personified light).  There were angels, however, who turned away from good.  Light freely became darkness with this first sin.

Augustine asserts that, once the devil freely sinned, this marked the beginning of evil.  Evil was an historic event.

Sauron succeeded in betraying the Elves because their desire for knowledge was so great.  Similarly, we read in Genesis that the serpent tricked Adam and Eve by offering them knowledge: the knowledge of good and evil.

"...I told you of Sauron the Great, the Dark Lord.  The rumors that you have heard are true: he has indeed arisen again and left his hold in Mirkwood and returned to his ancient vastness in the Dark Tower of Mordor.  That name even you hobbits have heard of, like a shadow on the borders of old stories.  Always after a defeat and a respite, the Shadow takes another shape and grows again."

What is the Dark Lord?  He doesn't seem to be an elf, man, dwarf, or hobbit.  He is amorphous...a shadow.

This idea of a "Shadow" strongly coincides with the Church's understanding of evil.

A shadow isn't something you can touch or hold.  It isn't really something at all--it is a privation of something...in this case, light.

The same is true of evil: it is the absence of good.  Origen wrote, "...to depart from the good mean just this, to be established in evil.  For it is certain that evil is the lack of good."

Satan is persistent.  Though cast out of heaven, he roams about the earth, taking many shapes to tempt and ensnare us.

In the black abyss there appeared a single Eye that slowly grew, until it filled all the Mirror.  So terrible was it that Frodo stood rooted, unable to cry out or to withdraw his gaze.  The Eye was rimmed with fire, but was itself glazed, yellow as a cat's, watchful and intent, and the black slit of its pupil opened on a pit, a window into nothing.

And that is what Satan, like Sauron, has to offer us: nothing.  They are ultimately empty because they lack God, who is everything for us.  When we turn from what is the greatest good (God) for a lesser good, we tread the path of evil and enter into a darkness.

As Sauron gazed watchful and intent, so are we cautioned: "Be sober, be watchful.  Your adversary the devil prowls around like a roaring lion, seeking some one to devour" (1 Peter 5:8).

Our battle, like that in the Fellowship, demands constant vigilance.  We need not live in fear, but we do need to be always wary of the direction of our thoughts, words, and actions.

While on their journey, Frodo and his companions are on constant look-out for the Black Riders, ominous black horses driven by foreboding, cloaked figures.

"For the black horses can see, and the Riders can use men and other creatures as spies...They themselves do not see the world of light as we do, but our shapes cast shadows in their minds, which only the noon sun destroys; and in the dark they perceive many signs and forms that are hidden from us: then they are most to be feared.  And at all times they smell the blood of living things, desiring and hating it.  Senses, too, there are other than sight or smell.  We can feel their presence--it troubled our hearts, as soon as we came here, and before we saw them; they feel ours more keenly."

These Dark Riders are "shadows under his [Sauron's] great Shadow."  They are under the dominion of Sauron and operate as his servants.

Similarly, Satan has legions of demons at his command in his effort to snare the people of God.  The demons, like Satan, possess great knowledge--though fallen, they are still angels, which means they are pure intellect.  They use this knowledge to pursue our downfall, tempting us with that which we struggle the most.  And as the Fellowship could sense the presence of the Black Riders, so can we sometimes sense the demons...in others, in certain physical places, even in our own thoughts.

Thankfully, the light of Christ banishes these evil shadows, if we stay close to Him.  He is the Sun that destroys them.


“Wickedness turns out to be the pursuit of something good in the wrong way.” (CS Lewis, Mere Christianity)

In The Fellowship, the Dark Lord is clearly evil and there are those who are his evil accomplices--orcs, wolves, trolls, etc.

Yet, those who are presented as good in the narrative are not immune to evil; in fact, they can even become agents of it.

That is often where Satan snares us the most.  We always desire what is good, but often fall into sin and darkness by pursuing the good in the wrong way.

Thus, Boromir (a member of the Fellowship aiding Frodo in his quest to destroy Sauron's Ring) becomes an agent of evil.

His intention is good: to help his fellow men in Gondor in their battle and thus vanquish Sauron.  However, he ultimately decides the only way to do this is by wielding the One Ring himself.  What he doesn't understand is that anyone who cooperates with this evil, even with the desire to do good, will inevitably become evil himself.

It is a classic case of the end not justifying the mean.  We cannot cooperate with evil and hope to do good at the same time.

"Frodo rose to his feet.  A great weariness was on him, but his will was firm and his heart lighter.  He spoke aloud to himself. 'I will do now what I must,' he said.  'This at least is plain: the evil of the Ring is already at work even in the Company, and the Ring must leave them before it does more harm...'...So Frodo and Sam set off on the last stage of the Quest together."

Frodo is determined, by the end of the first part of the trilogy, to destroy the Ring because it is a tool of the Enemy.

Perhaps we, on the eve of Ash Wednesday, can consider in what ways we may cooperate with the Enemy.  Are there ways in our life that we seek good things in the wrong way?  Do we carry with us power or pleasure--"precious" things--that ultimately draw us closer to darkness than to the light?

If so, may this Lent be a time for our own journey to cast what is evil into the fire.
Posted by Cassandra at 10:12 AM